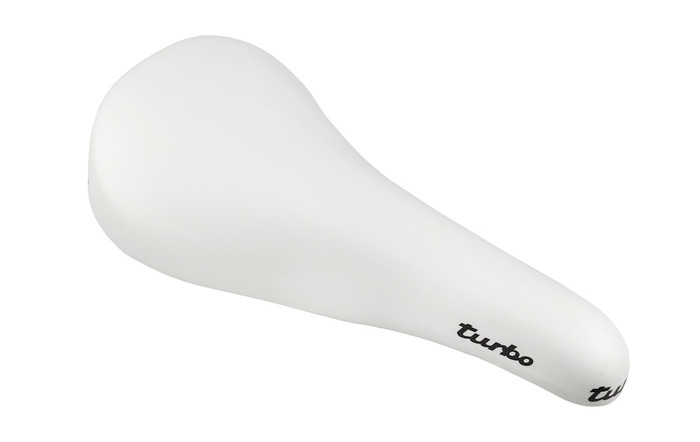 The Turbo is possibly the most popular and victorious saddle in history!  It was the preferred saddle of most pro's in the 80's and early 90's.  It's trophy shelf includes being ridden on Greg Lemond's 1983 World's championship, several Tour De France wins for Bernard Hinault and Miguel Indurain.  It has been re-released in it's exact same form, without the modern "upgrades" that most re-issues have, such as a more compliant shell and better padding.  This is essentially a 1980 Turbo, just manufactured in 2012!