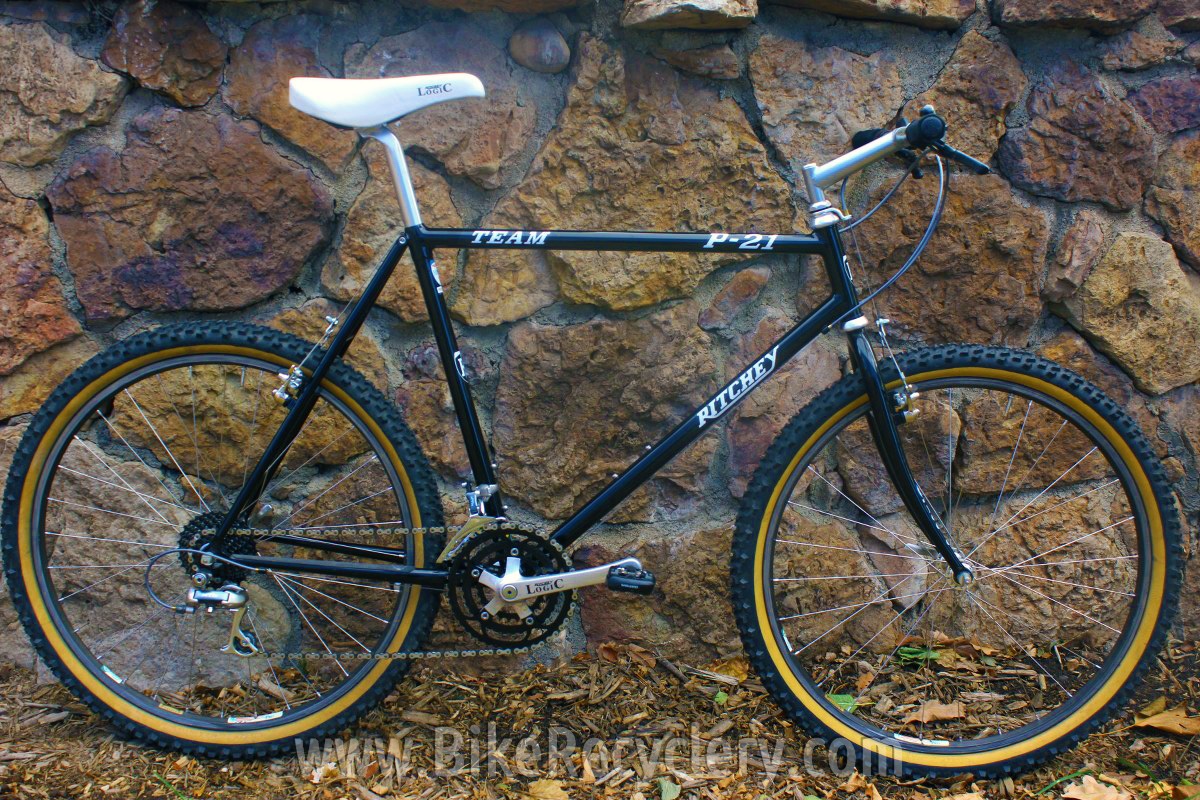 This bike came to me by way of a long time bike shop owner in Montrose Colorado.  It's story is Tom Ritchey built this bike for a pro German team, who never paid the bill.  So Tom gave said owner a call and offered it to him, knowing he'd been longing for one for a while (and if you know anything of Ritchey history, you know he made VERY few of the fully fillet brazed P bikes).  He sold this and a plethora of other biking goodies to me this summer.  Of course I had to bring it back to it's stock form with how amazingly clean it is.  Man, was it hard finding the white Ritchey Logic saddle and Z-Max tires! 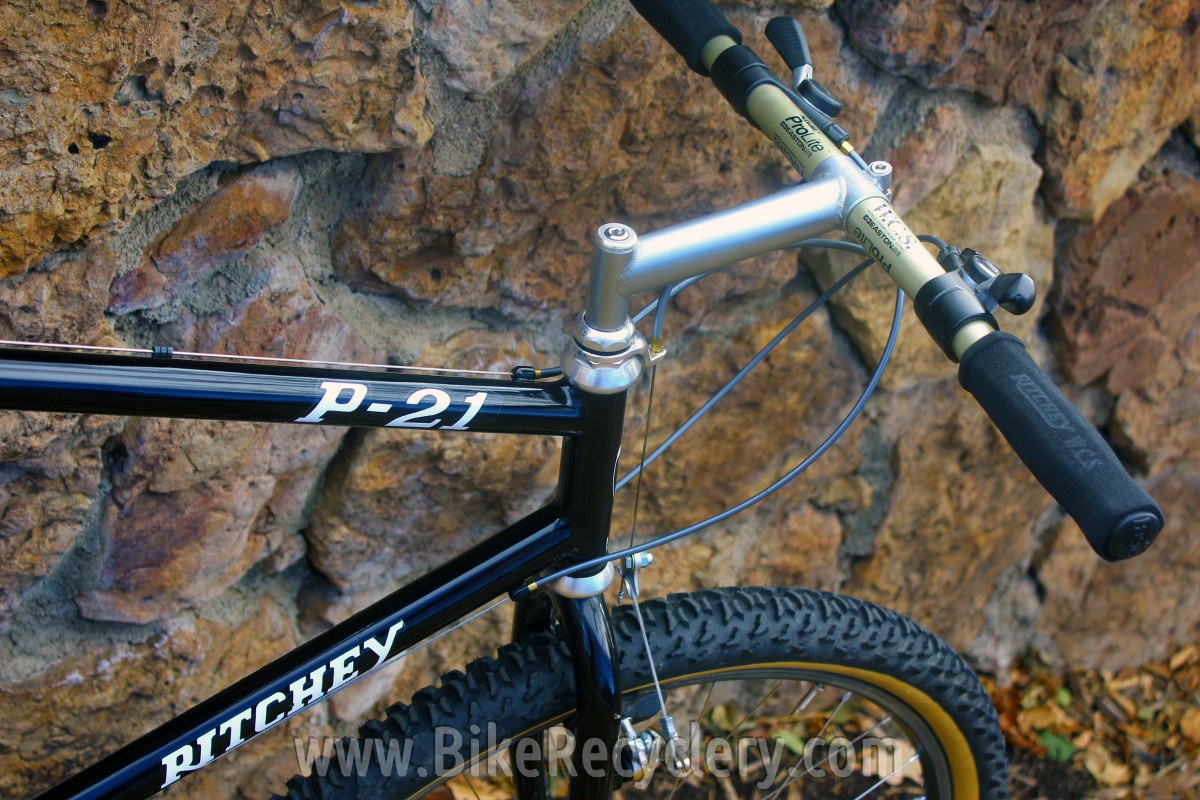 There has been some debate to the originality of the paint and decals due to the odd location of the "Team" decal (it should be at the very front of the top tube), but I've been assured by the former owner that the decals and paint are completely original.  He just took VERY good care of it.

The build is just about dead on stock.  A couple exceptions are the Stronglight Delta headset, which looked too cool to replace with the proper (but boring) Logic headset.  The derailleurs have been "upgraded" to period correct XTR M900. 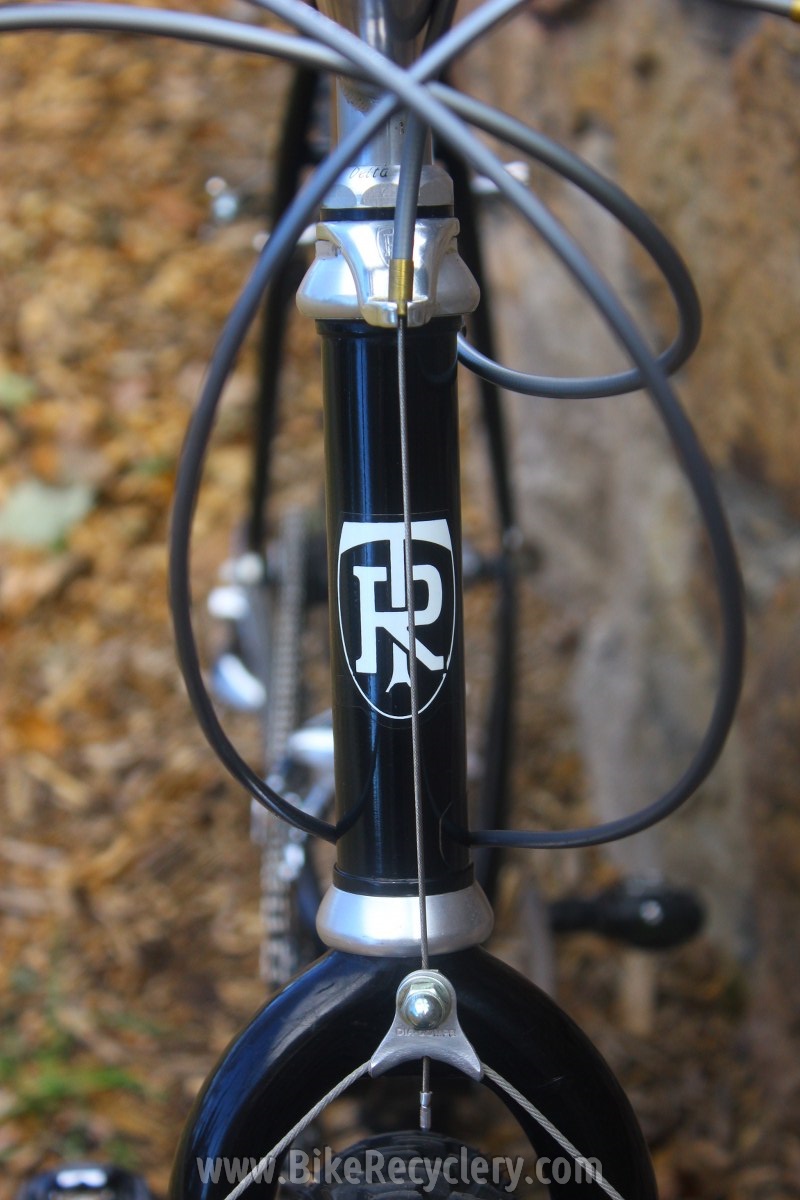 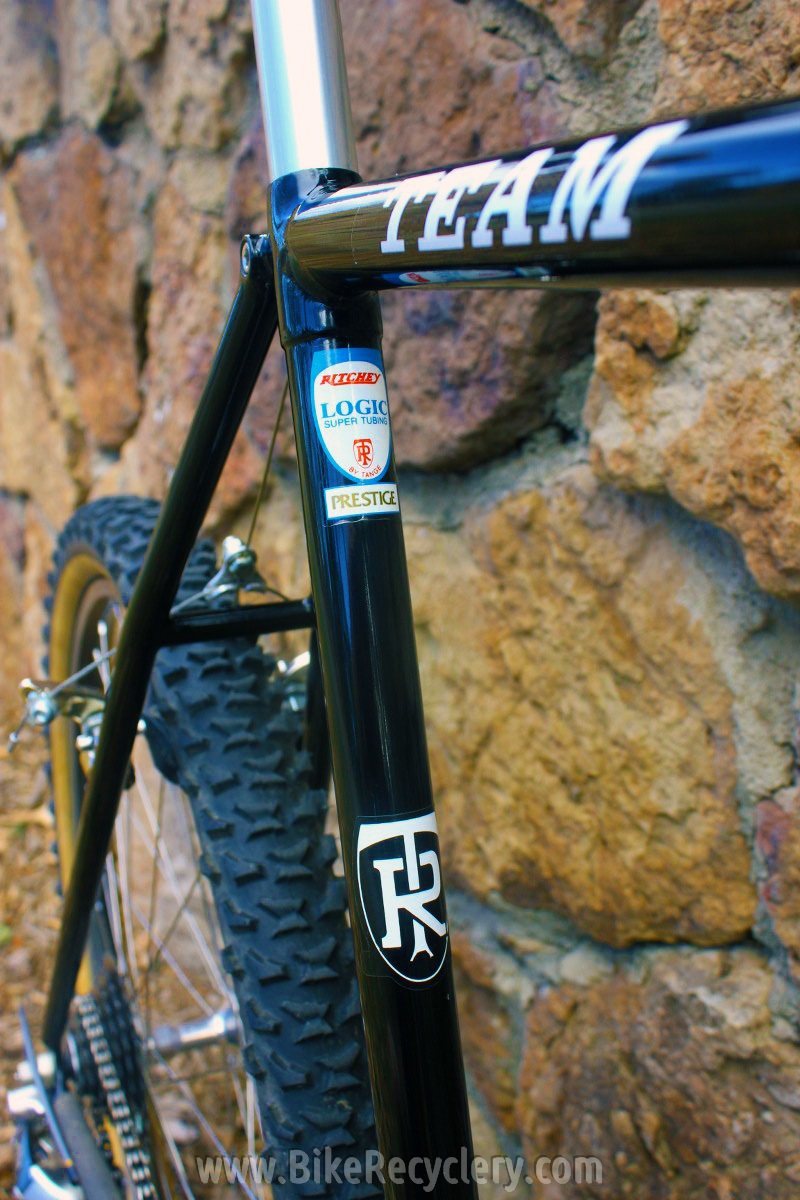 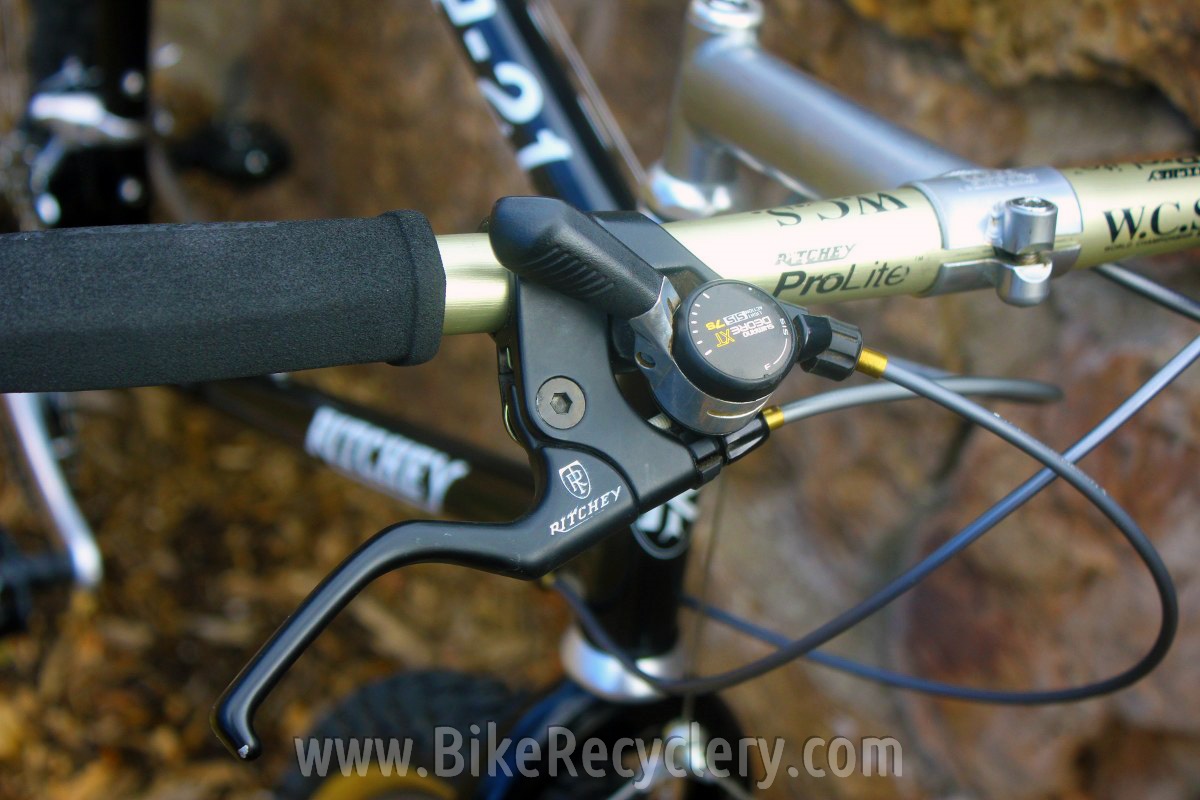