This is the very early USA made version of these pedals. The production versions were made overseas and had problems of the thermoplastic cracking.  These locally made ones had none of those problems!

Quote from this WTB article: "The problem was, depending on who made them, they could crack.  Early versions were machined locally while overseas production of the pedal seemed to have a very difficult time getting the thermoplastic just so, and as a result, some cracked.  It was a real pity because there was so much potential and if a pair didn't break, they were great.  Several people worked to try to iron out and address the issue, it never could be resolved.  One of those people was Cameron, and that's why he called it a project."

These obscure and radical pedals circa 1999 and the very early 2000's are a dreamy component for a period correct retro mtb restoration that needs aesthetically pleasing and lightweight pedals.  These would be especially cool on a GTS LTS, they're made as the same space age high tech thermoplastic!  These are intended to be Shimano SPD cleat compatible.  They weigh a scant 260 grams, even with a chromoly axle! 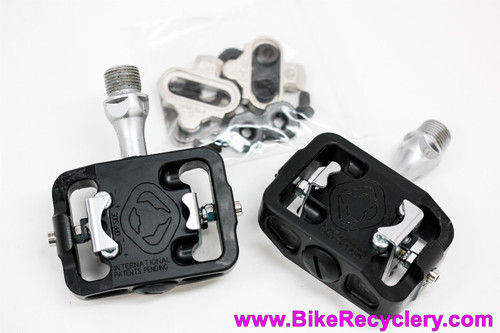