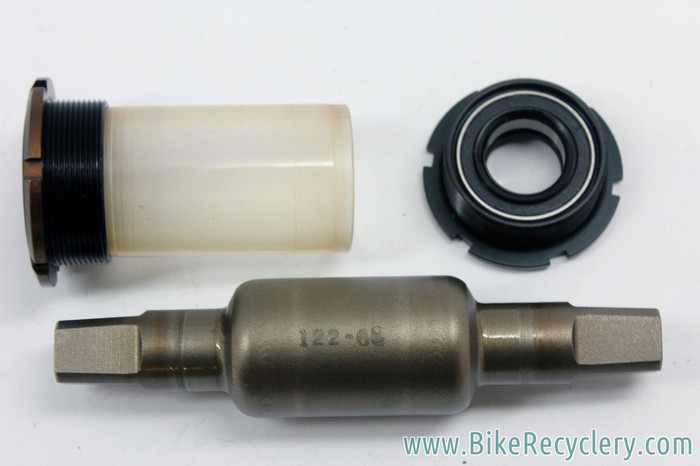 This is one of the ultimate square taper bottom brackets to come out of the 1990's aerospace era! It weighs a scant 156 grams, and sold for the insane price of $200 from roughly 1995-1998.  It uses a spindle stiffening method similar to Sampson and the Boone Helix BB's, with an oversized and drilled out center section.  These are absurdly scarce, and would be lovely on your weight-conscious retro mtb!

This bottom bracket was subject to a recall VERY early in production in 1995, reportedly only the first 200 made were sold before they caught the problem and fixed it for the rest of the production run.  The recall states these problems came up mostly on "mountain bikes with severe use".  I have not been able to determine for certain if this one was part of the recall, but reason stands that this being completely unused it might well be a later version not subject to recall (nobody would buy a part this expensive when it first comes to market and not ride it).  Here is the original recall.