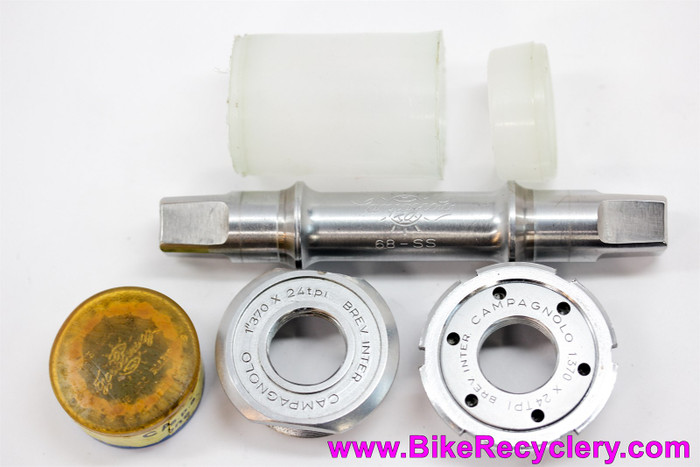 BB for 1977-1987 Nuovo Record Strada crankset, at 114.5mm long English threads.  Rifled thick cups.  The spindle is a world logo, and has a higher level of polish than most NR spindles. This indicates it's a late-production version after 1984 when C-Record was released and minor changes to the NR/SR gruppos started happening.

New old stock and never ridden.  The tapers do not look like they have had a crank on them, but there are a couple tiny darker spots so it's possible one was test-installed.