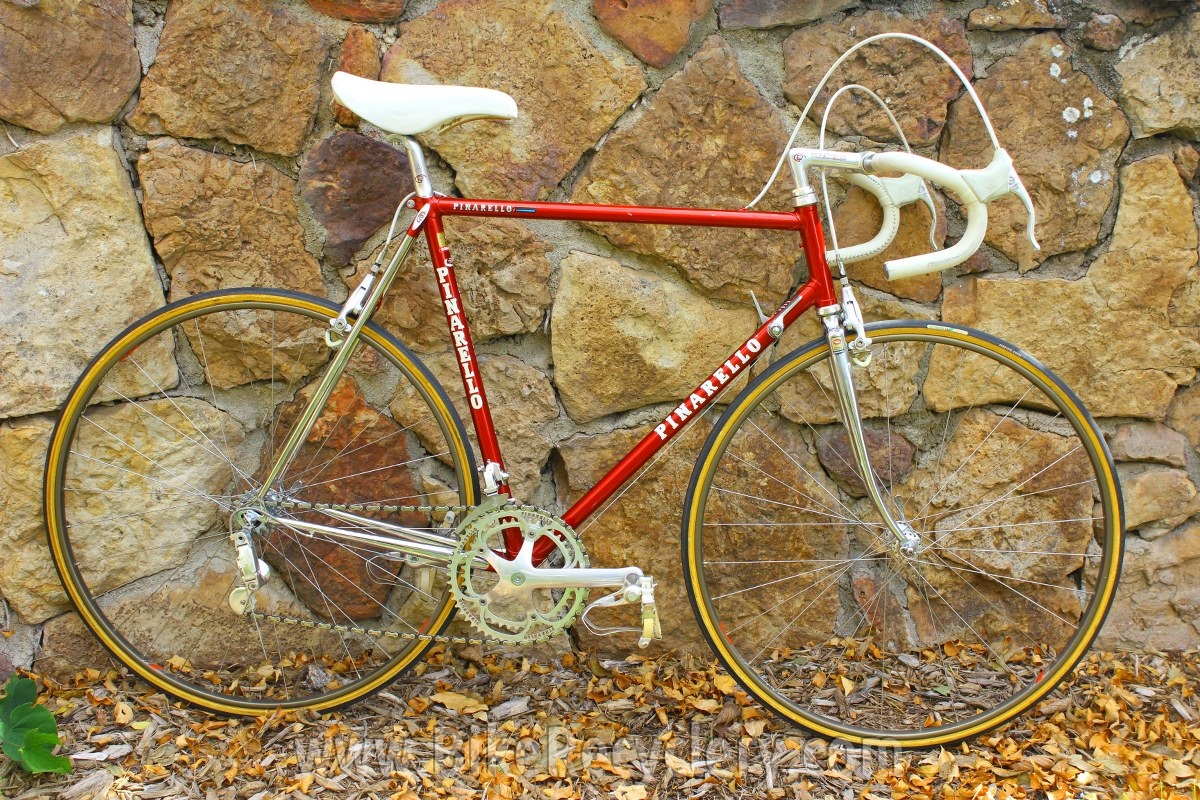 To say this bike is special is an understatement of the century.  At the 1984 New York Bike Show, Campagnolo displayed the C-Record group for about three hours.  This was the first time EVER the bike industry saw the gruppo, which wasn't released to the public until 1986.  Well, THIS is one of the bikes the gruppo was on at that show!  The story I was told was the owner of a NE bike shop (who sold it to me) purchased the bike at the show.  Two days later he got a call from a Campagnolo exec, who said it should not have been sold and they wanted it back.  The shop owner of course said "too bad!", and it sat on his showroom floor for years and never sold (likely due to the exorbitant price they must have been asking!).  Of course I have no way to verify this story, but it's convincing.  I dare you to track down another complete prototype C-Record group and a NOS frame from the same year to hang it on :)

When I bought it, it had an odd "Mod Super Star" decal on the top tube where some Montello's say "Mod Montello"  The decal was in poor shape, so I took it off.  If anyone has pictures or knowledge of the 84' NY Bike Show or this particular bike, I would be forever grateful if you shared. 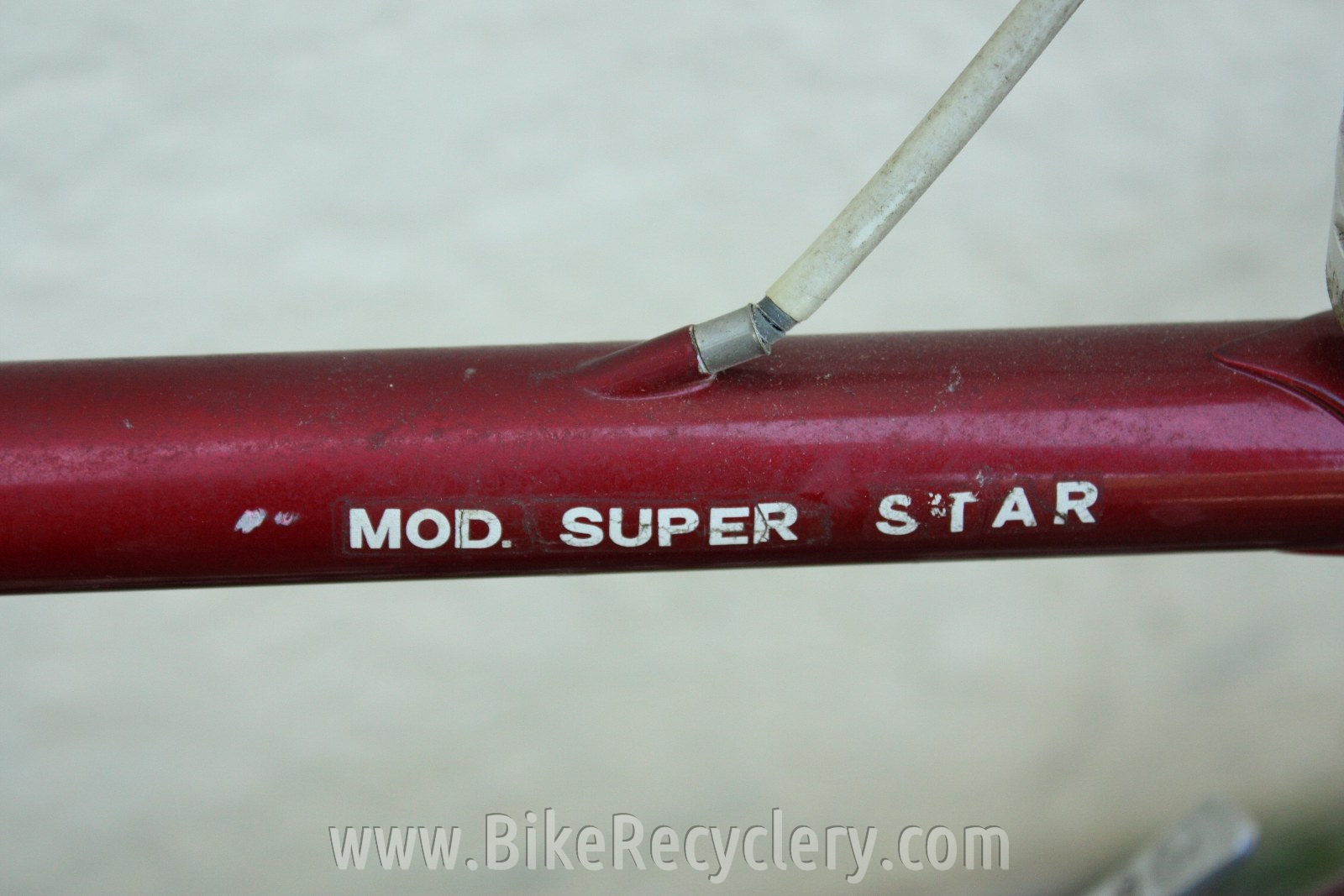 There are claims that only 3 to 300 of the prototype Delta brakes were ever made, and on the rare occasion they pop up on Ebay they sell for $2000-3000.  How many were pantographed with the Pinarello name?  Who knows. 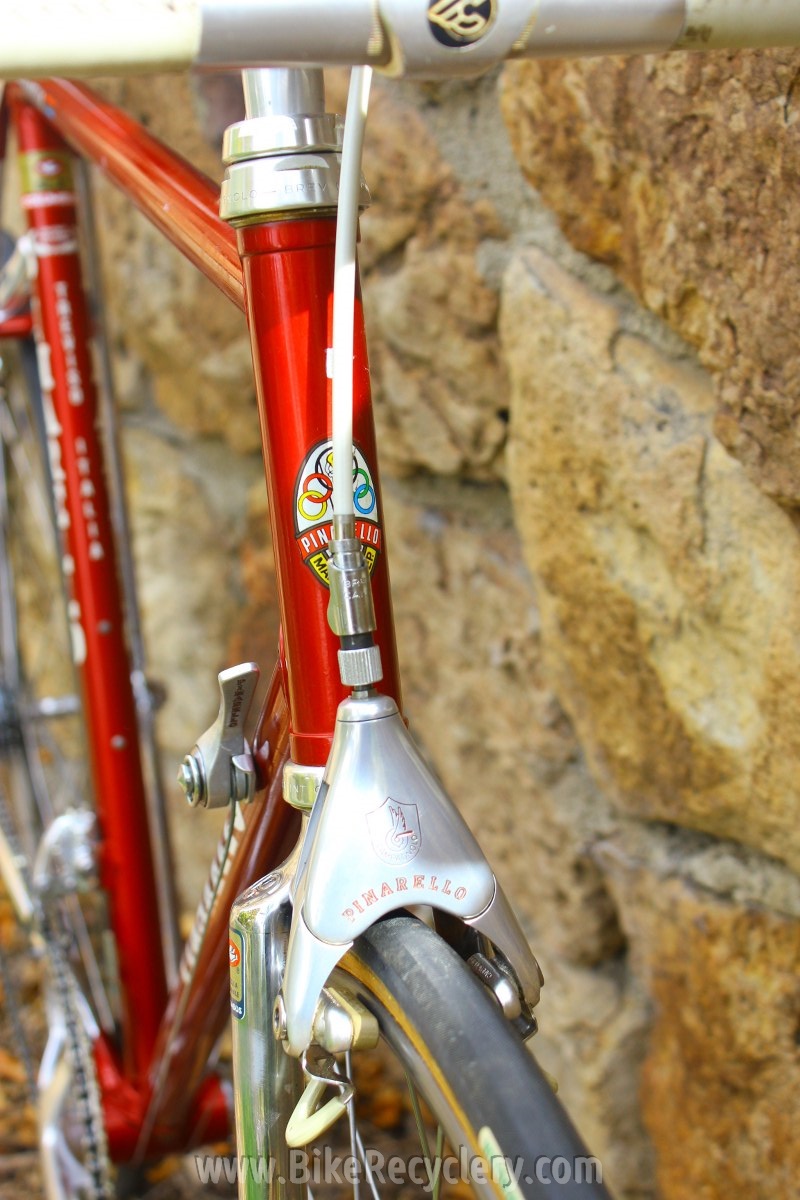 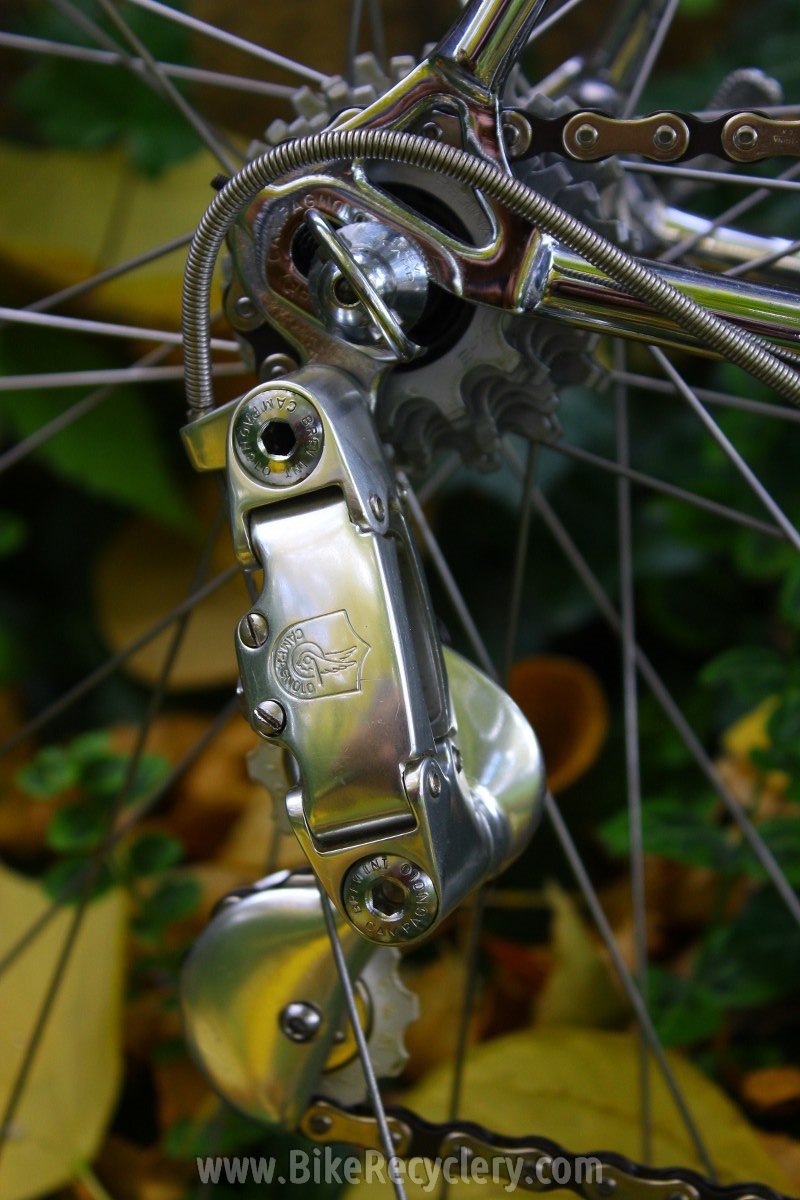 The paint and decals are 100% original.  It does have a few chips from sitting in a shop for 30 years, but overall it's in wonderful condition.  Size is 58cm.  The handlebar wrap is a full leather sew-on wrap, possibly by Cinelli (listed in the catalog as stock parts) 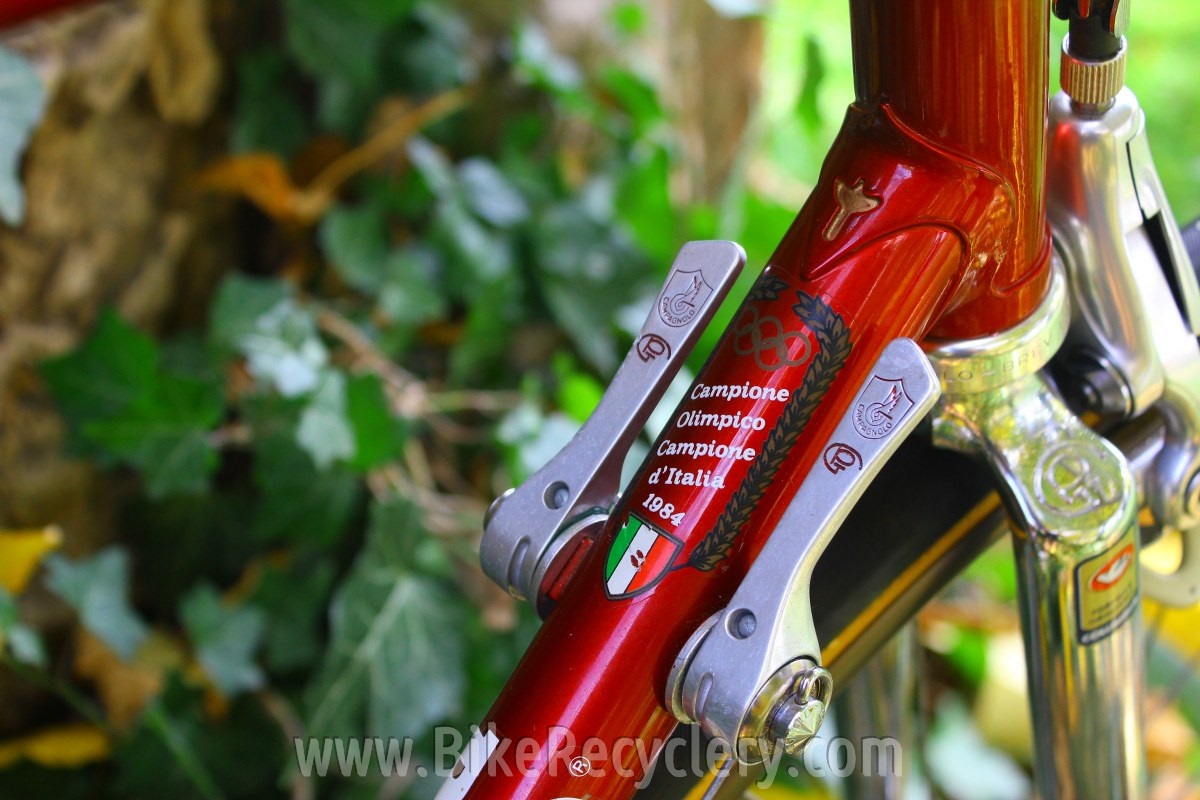