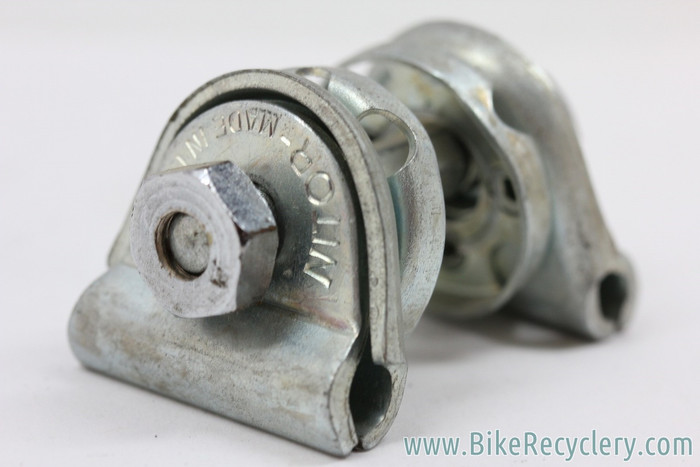 The Nitor - Unica model 63 seatpost was released in 1963 and ran into the 70's.  It was a very expensive upgrade to the Campagnolo Nuovo Record 2-pin seatpost that was the gold standard of that era. Unica is better known for the plastic Uni-cantor saddle which became the Cinelli Unicantor when they bought out Unica.

The clamp allowed for infinite adjustment, with easy access allen head bolts on either side of the post.  Each bolt is adjusted independently, which was a plug and play solution compared to the standard post clamp's center axle with adjusting nuts on either side that requires adjusting each nut repeatedly to get the axle even.  The red friction plates ensured the clamp did not slip (and look super cool!).  This was a much easier solution to the hard to reach hex head bolts on the NR post.

This is a replacement clamp for the above mentioned saddle.  It will possibly fit some other side bolt clamped seatposts too.