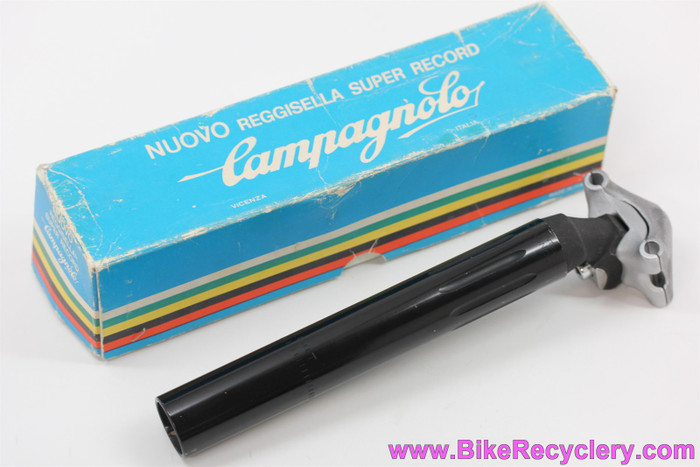 Super rare black ano version the SR fluted seatpost.  A very small number of Campy parts in the 1970's and 1980's were anodized by the same people who did all the pantograph work.  It's possible an even smaller number of them were anodized by the Campagnolo factory, but there's no documentation of it.  The anodizing is very high quality throughout.

The Super Record Fluted seatpost is one of the most beautiful classic posts.  This one is a 2nd gen which was produced roughly 1983-1984 (and probably sold for a few years later).  It's identified as wnd gen by it's matte upper tapered area that's stamped Brev. Inter Campagnolo, and by it's matte clamp.