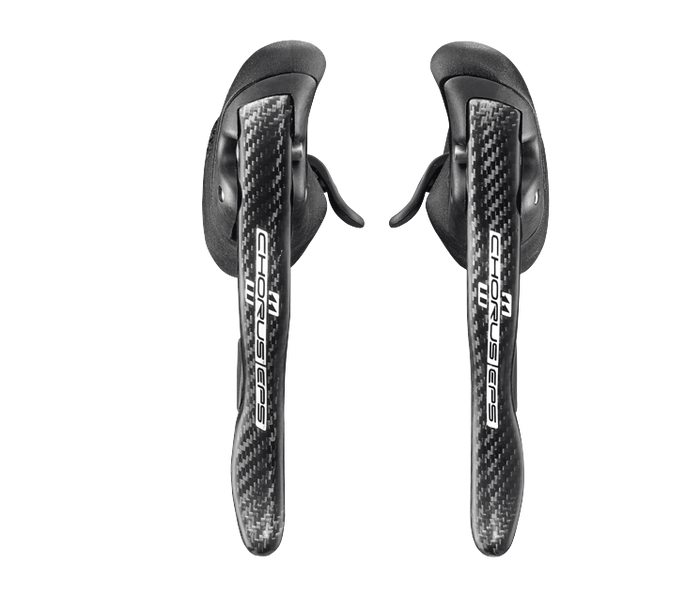 For 2015, the Chorus Shifters enjoy the same redesigned cable pull ratio as Super Record and Record. It's been updated for faster, more precise shifting, which means the 2015 Chorus Shifters are incompatible with groups from 2014 and earlier. You can still effect a shift of up to three cogs on the downshift and five cogs on the upshift with one lever throw, though, a feature that remains a Campy exclusive.

The big winner with the new shifting ratio comes up front. Each throw of the front shifter has three clicks. Shifting to the large ring requires all three clicks (via one swipe); shifting to the small ring requires two clicks with a third reserved for trim adjustment to avoid cross gearing. This means you get to ride all 22 gear combinations with no chain rubbing.

The only major difference between these and the pricey Super Record's is these use all steel internals, where SR has some ti parts.  The Chorus are slightly heavier, but will last longer due to steel wearing better than ti.

New in retail boxes.  The seals have been broken and boxes are open, but only taken out of box to examine.  Includes factory provided brake cables/housing package.