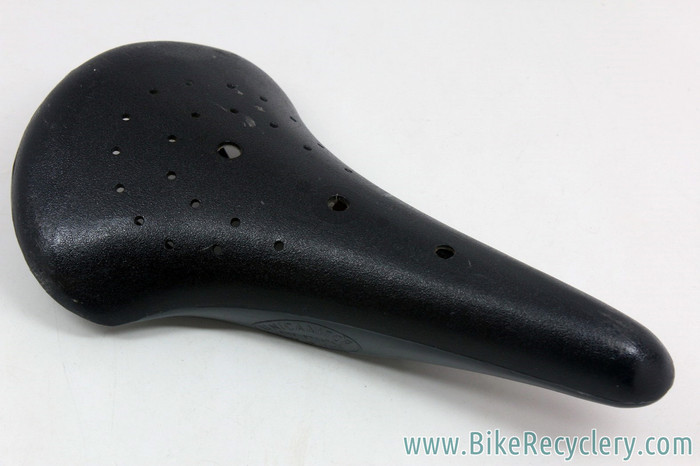 Before the legendary Unica-Nitor saddle was released in the 1960's, all saddles were either Brooks style solid leather, or plastic junk.  The Unicanitor was the first to have a plastic shell, (some) covered with a bit of padding and leather.  It's the basic premise most modern saddles are based on!  One of the most influential bicycle components of the 20th century.

This is the very first version, the mod 55!  It's uncovered plastic, with perforated holes in the top to add flex for significantly increased comfort.  The concurrently produced Mod 50 is the same saddle without perforations.  It does not say "Cinelli anywhere on the saddle or have a foil logo underneath, further distinguishing it from the later Cinelli 1970's and 1980's models.

Excellent used condition!  The saddle is free from damage, but there's spots of wear here and there.  These mostly look like rubs or very light scuffs, and not scrapes. Rails look great with only light paint marks.