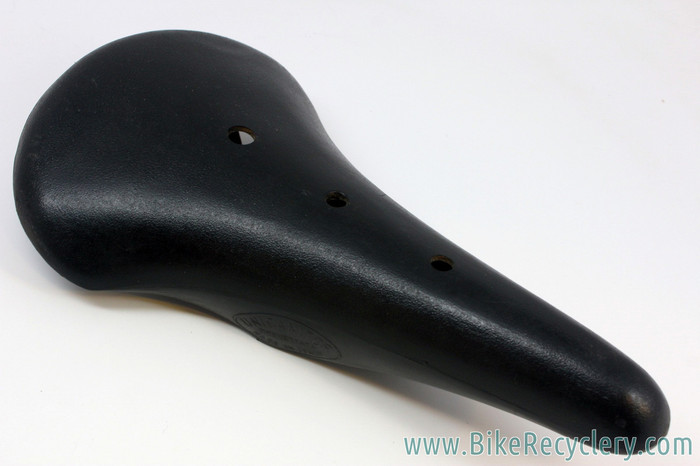 Before the legendary Cinelli Unica-Nitor saddle was released in the 1960's, all saddles were either Brooks style solid leather, or plastic junk.  The Unicantor was the first to have a plastic shell, (some) covered with a bit of padding and leather.  It's the basic premise most modern saddles are based on!  One of the most influential bicycle components of the 20th century.

This is the very first version!  It's uncovered plastic, only has the 3 large holes down the center (the MOD 55 added a bunch of small holes near the rear), and still has both of it's foil decals on the underside!  It does not say "Cinelli on the saddle top, further distinguishing it from the later 1980's models.  This is the earliest and most rare of all the Unicanitor versions!

Excellent used condition!  The only wear on the top is light scuffing at the rear corners.  Otherwise the top looks near mint.  The rails are in good shape, though the finish is splotchy.  The foil decals are pretty worn, but at least they're still there!