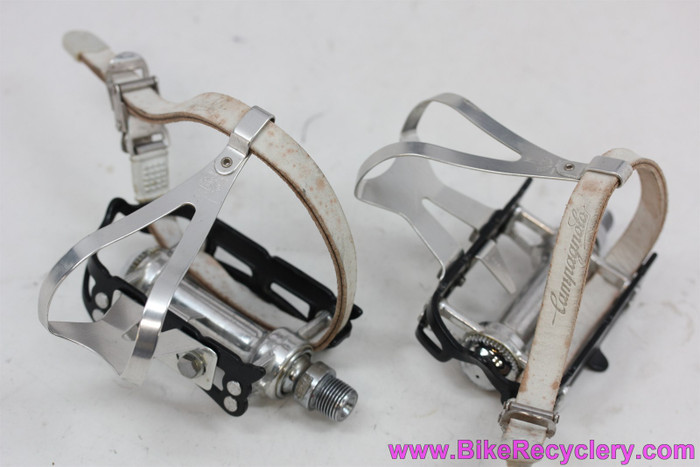 Produced from 1971 to 1985, the Record Superleggeri (SL) pedals were between Nuovo Record and Super Record on the hierarchy.   The N/R pedals had silver steel cages.  The SL pedals had the lighter black anodized cages, but still the durable steel spindle.  The Super Record pedals added titanium spindles, which were prone to breaking.  These are often passed off for SR pedals.  Don't be fooled, they're not Super Record unless a magnet won't stick to the spindle!

Pedals and clips are mint, almost new condition.  Bearings are perfect, not a mark.  Straps are just a bit dry and have some discoloring in spots.