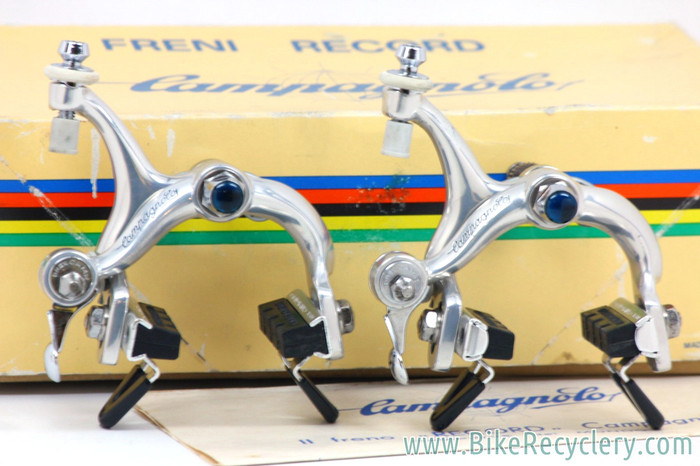 The legendary Cobalto brakes were released in 1986 or 1987, as a replacement for the problematic Delta brakes.  They were issued with both Super Record and C-Record gruppos.  They're largely a 1983 50th anniversary Super Record brake, with the cobalto blue gemstone in the brake nuts.

near mint to mint NOS take-off condition, in NR box.  Appropriate for even the cleanest show bikes!  They were mounted on a show bike, but largely unridden.  There is a section of very very light microscratches under the Campagnolo script on the rear brake, and the front brake's upper arm (below barrel adjuster) has a slight polish mark on the front face.  Otherwise pretty much perfect..  The o-rings on the barrel adjusters are just barely dirty but still quite presentable (if you want perfect shiny white rings, I have them HERE).  Cobalto gemstones are pristine.