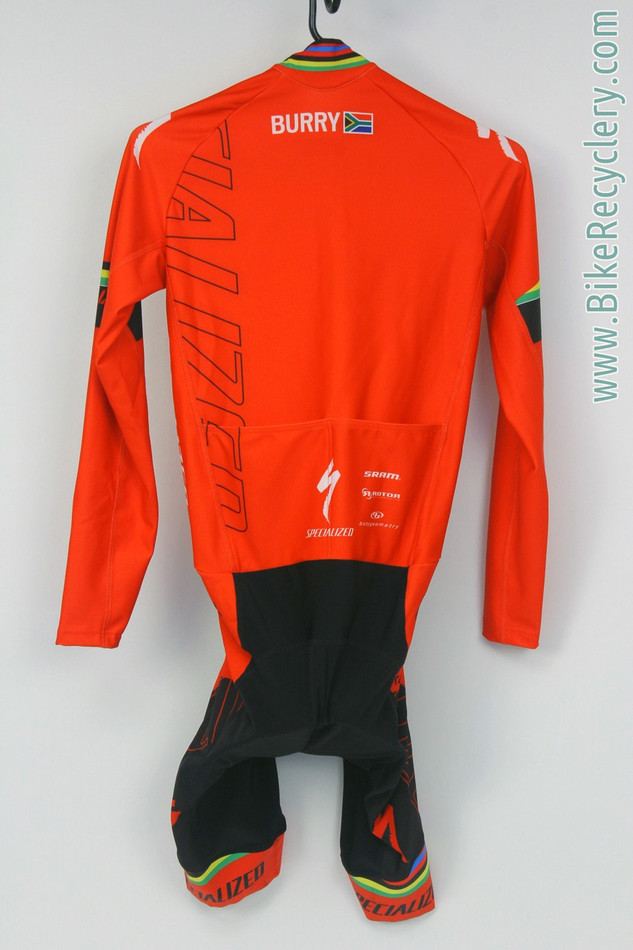 This is a team issued Specialized SL Skinsuit / Speedsuit worn by Burry Stander, who was South Africa's most successful mountain bike racer of all time.  "Burry" and the South African flag appear on the upper back.  Stander earned the world championship stripes that are on this skinsuit by winning the U23 Cross Country World Championships in 2009 and the Singlespeed World Championships in 2012.  Stander was killed when he was hit by a taxi on his bicycle in 2013, cutting his promising career tragically short.

The Specialized SL speedsuit was their flagship model, until the Pro SL replaced it in the last few years.  It features shorts for the legs, and long sleeves up top.  A portion of the inside has a warm fuzzy lining.  These were intended for spring/fall rides.

MINT condition with zero signs of wear or stains. It appears new, and I cannot say whether Stander wore these definitively.  If he did, it was likely just for one race.