I picked up this rare frame on my St. Louis trip.  The Baines Brothers of England built these frames from the early 1930's until just after the war.  These are commonly called "Flying Gate" frames, but that's actually just a nickname based on the design's appearance.  The model name is actually Whirlwind.  The point of the bizarre design is to shorten the wheelbase to make for quicker handling.  This one is an "International TT" model with a 39.5" wheelbase.  This was the version that was designed for derailleur use, although oddly this frame has track dropouts. 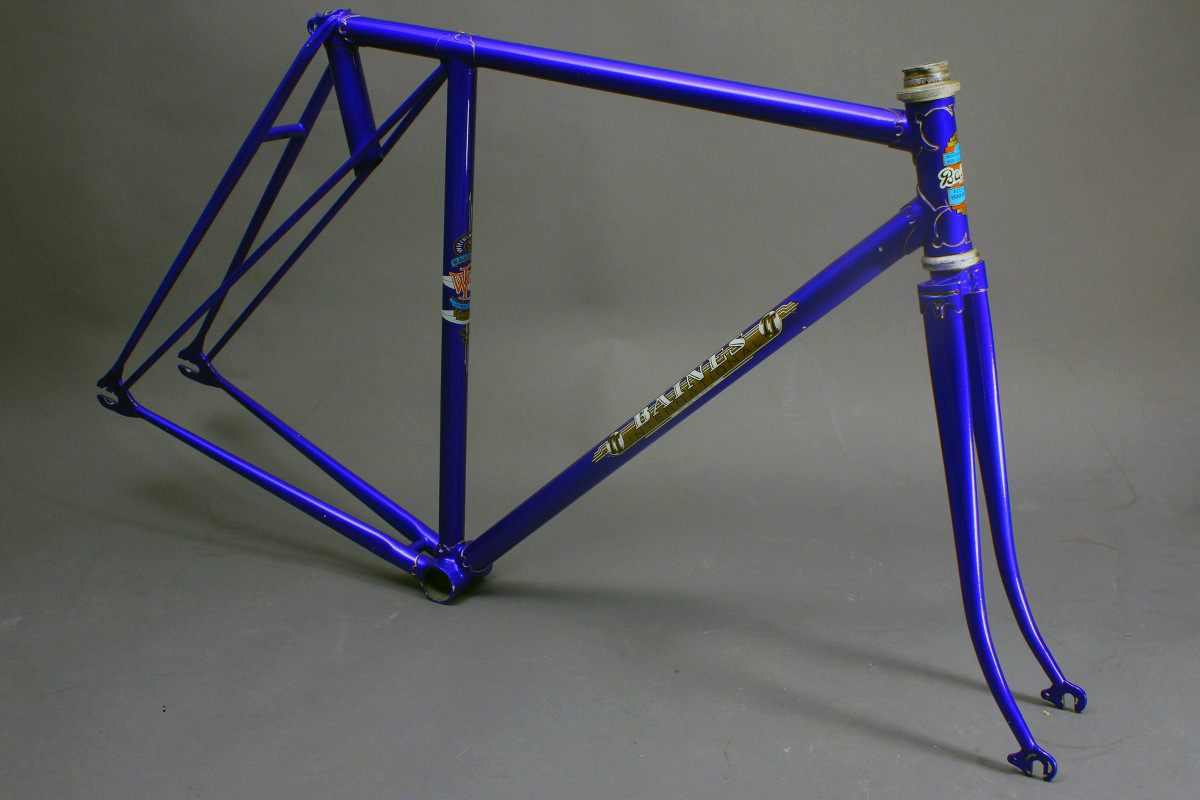 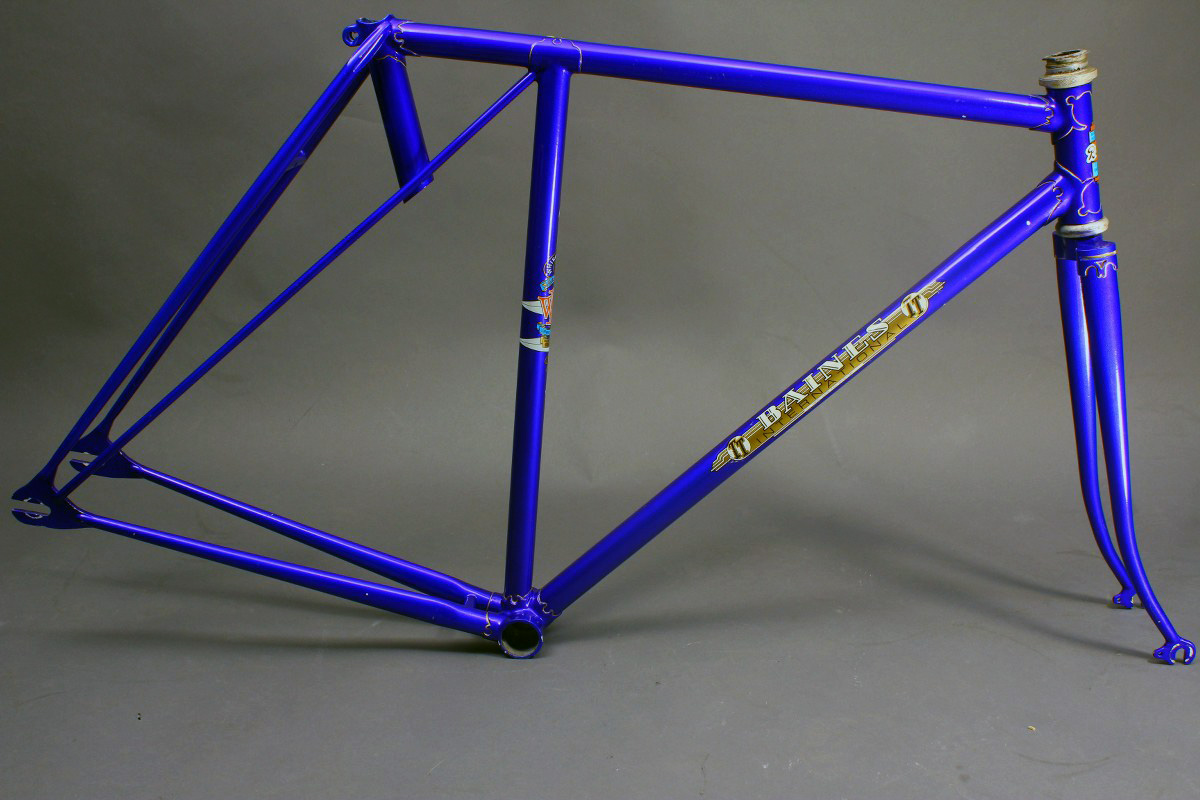 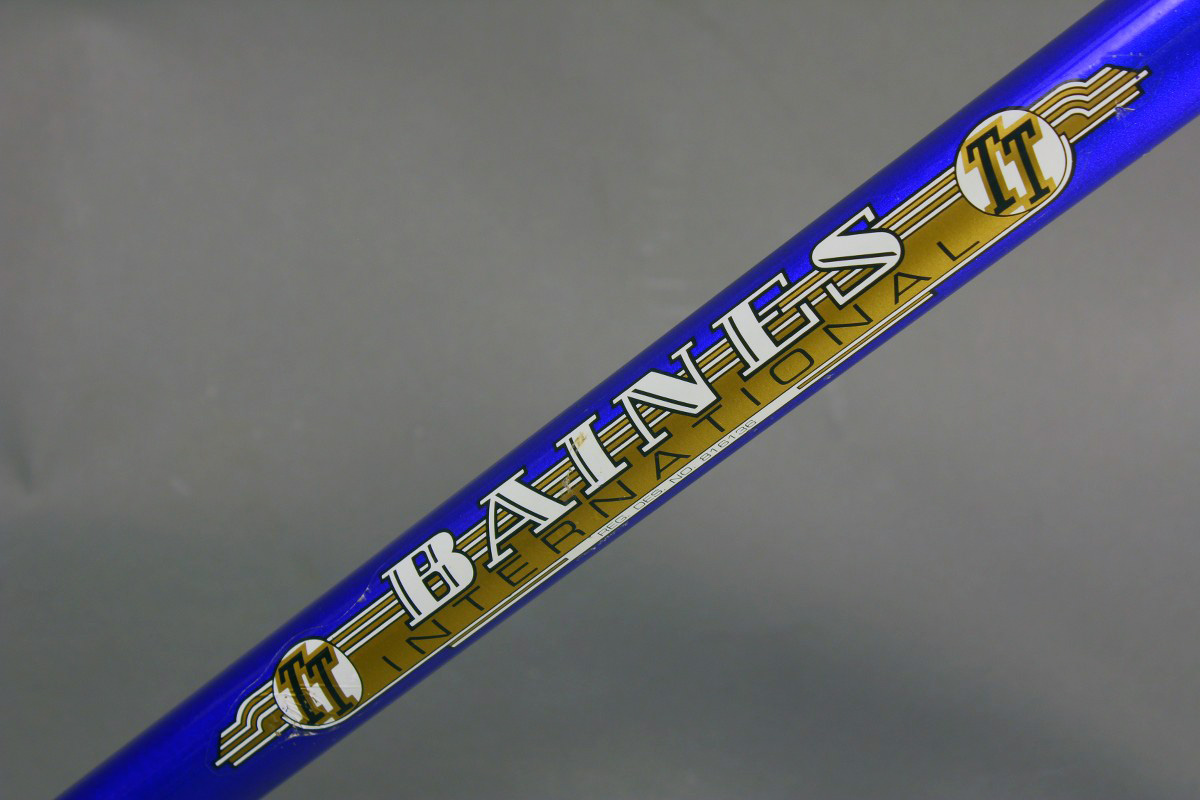 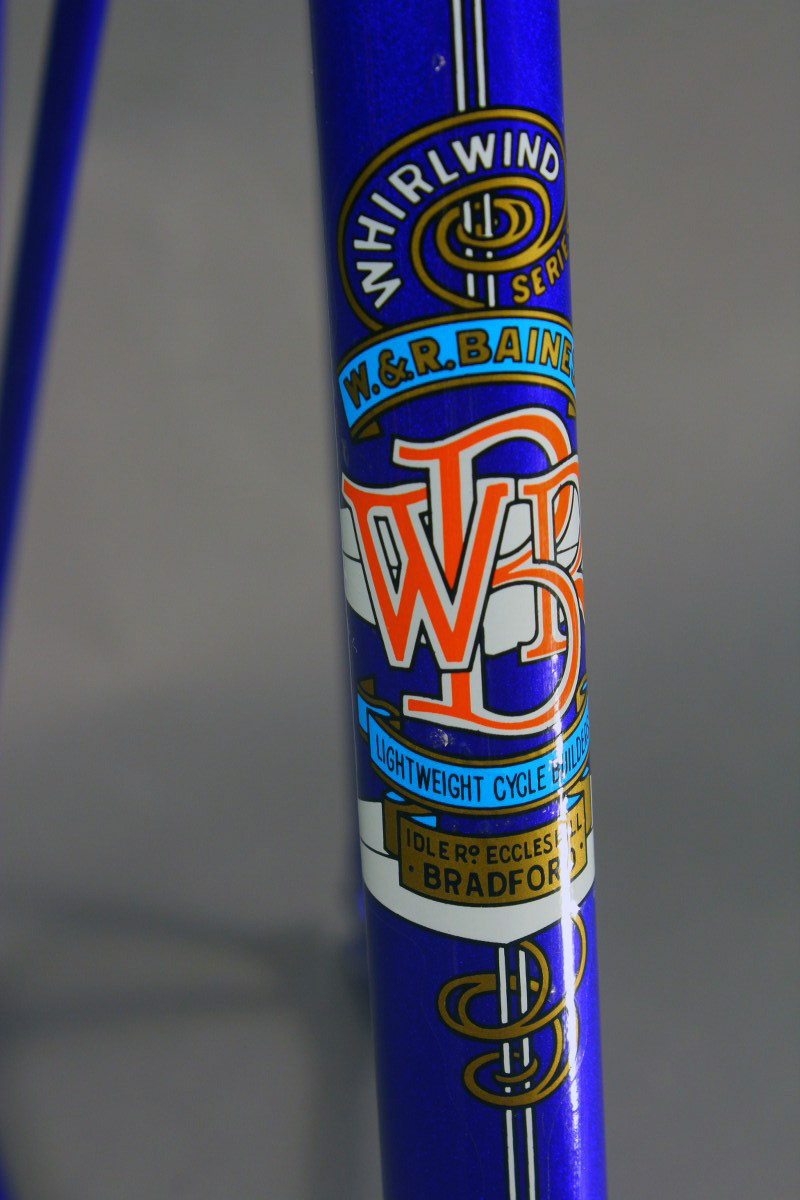 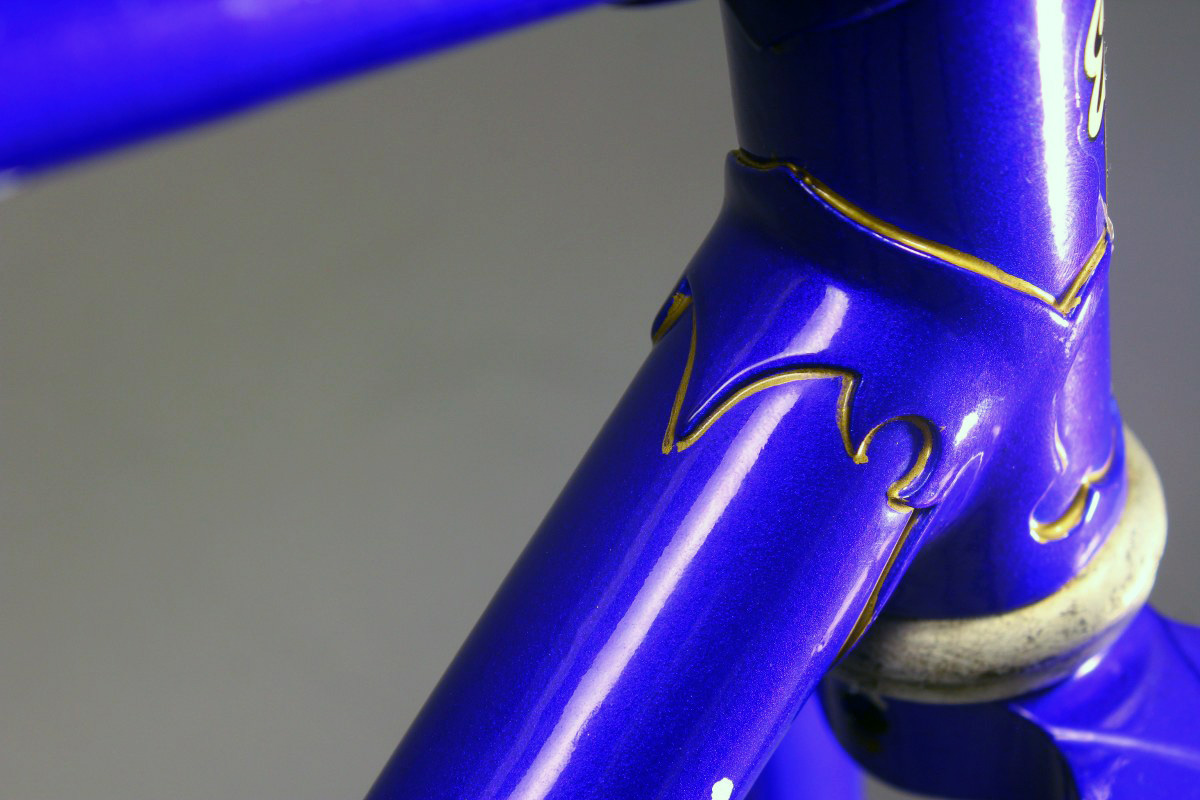