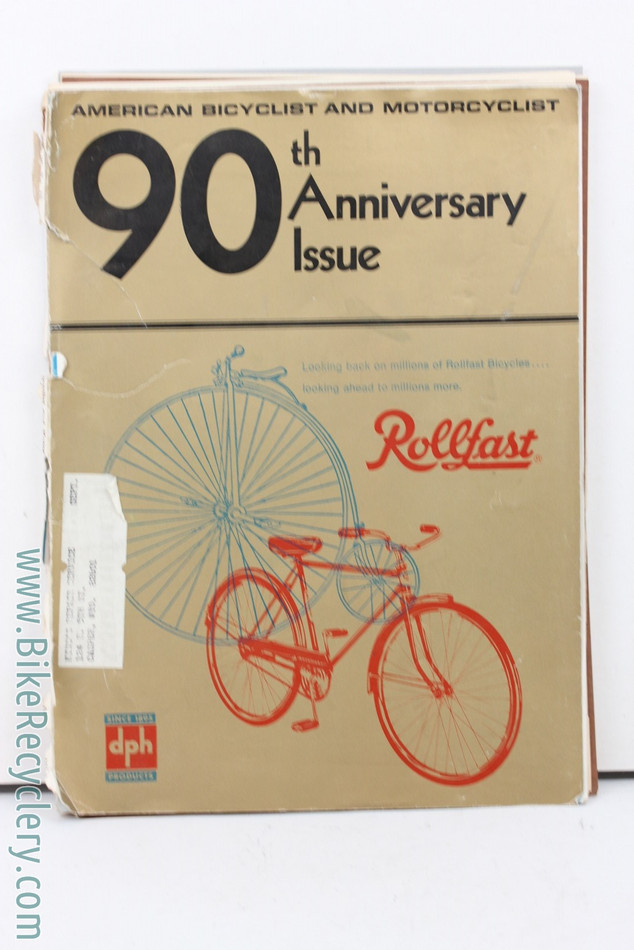 This is the 90th anniversary American Bicyclist and Motorcyclist magazine, issued in 1969.  It is comprised of reproductions of ads and articles that have showed up in the publication over the years.  The highlight might be a section in the middle printed on heavier "aged" paper stock entitled "The Bicycle in America; The Golden Age 1880's".  This part contains lovely articles on the development of the bicycle written throughout the 1880's as well as advertisements and component catalog scans.  This section has countless images that would be lovely framed and hung on a wall. There's also a smattering of more contemporary advertisements from the 1950's through 1960's heavyweight craze, and some early turn of the century.  More than I can list here!

The pages are in mostly great to excellent shape, though many are separated from the binding.  if you have a way of re-attaching the binding, the magazine would be in near mint shape overall.